Skip to content
Home/Articles, Homeopathy, Out of Touch with Reality/University of Toronto, Faculty of Pharmacy is Out of Touch for wasting resources on homeophathy
Previous Next

University of Toronto, Faculty of Pharmacy is Out of Touch for wasting resources on homeophathy

We cannot blame the father of homeopathy, Samuel Hahnemann, who developed modern homeopathy in 1796. Molecules, viruses, and vaccines were unknown, and at least the practice of homeopathy did no more harm and created a atmosphere of caring for the sick. However, in today’s world we cannot be so forgiving, and institutions such as the University of Toronto deserve the criticism they receive over their homeophathy research spending that could be put to beneficial use.

“We are curious about why, given the need to investigate natural therapies that may actually have a potential for benefit, and saddled with a scarcity in funding, a Department of Pharmacy is interested in investigating a subject that has been … found wanting both in evidence and plausibility,” reads a letter from over 60 scientist addressed to Heather Boon, dean of the U of T’s Faculty of Pharmacy.

According to the Toronto Star, Boon has replied that “Rigorous research into these products and therapies — including the research conducted by Professor Boon and at the Centre for Integrative Medicine — helps patients and their caregivers make informed treatment choices.”

The U of T also bowed to pressure to review one of its courses that promoted anti-vaccine ideas.  According to the Toronto Star, Beth Landau-Halpern, a homeopath and alternative health instructor, teaches a course called “Alternative Health: Practice and Theory.” Under a section of her course syllabus called Vaccination: The King of Controversy, the required viewings included a video interview with Andrew Wakefield, one of the authors of the widely debunked study purporting to link autism with measles, mumps and rubella vaccine. Wakefield had previously done work at  U of T.

Landau-Halpern, responding by email Monday to questions from the Star, said she has removed the vaccination debate from her current course outline. “Because of the volatility of the vaccine issue and the current outbreak, this particular controversy is not a part of my course any longer,” she wrote. 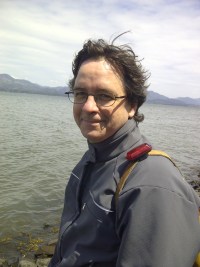 As of today, the U of T is still soliciting participants 6-16 year olds with attention deficit/hyperactivity disorder for a study entitled “Homeopathy and ADHD in Children and Adolescents.” Their pilot study concluded that future study was warranted. The study coordinator is David Brulé, founding member of the Riverdale Homeopathic Clinic in Toronto. He charges up to $220 for a appointment and offers homeopathy to children. This is who U of T uses to coordinate their studies.

There are two problems with these remedies. The most important is that people may avoid getting proper treatment for themselves of their kids, and they spend money in the range of $6B a year based on marketing claims of the manufacturers. Many people believe the homeopathy pseudoscience promoted by institutions like U of T and a few experts in the field. This practice puts people at risk and U of T is out of touch with the moral responsibility they bear as a respected institution of higher learning.